You are here: Home1 / Ghana

Situated in West Africa and often referred to as the Gateway to Africa, Ghana is one of the most accessible and stable countries on the continent. Formerly known as the Gold Coast, Ghana gained it’s independence from Britain in 1957, with Gold, Cocoa and Oil helping to fuel its economic boom.

Ghana is a safe, friendly, vibrant country with a rich history and is rapidly modernising and becoming more established. 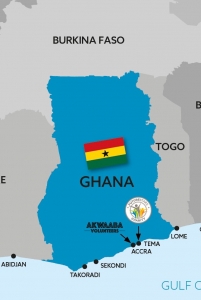